He promises to give me “something extra” as we begin the interview in the lobby of a hotel on Kolkata’s Park Street. In the city for the Kolkata Literary Festival (8-13 January), he’s been giving several interviews.

Two stacks of his just-released novel, Land Where I Flee, and the 2012 collection of short stories, The Gurkha’s Daughter, are brought to him as we begin to talk. He signs his full name, Prajwal Parajuly, with practised ease—the two Ps much bigger than the other letters.

“I am thrilled,” he says about the response to his novel. “The reviews have been extraordinary and it’s already on the best-seller lists.” 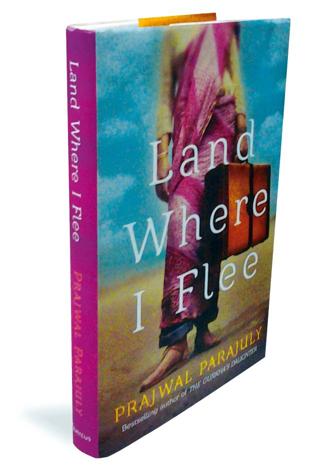 As an afterthought, he adds with a chuckle: “Some people called me to say that they found some sentences too long and incomprehensible. Well, all I can say is my book’s not for them.”

The 29-year-old, Nepali-speaking Indian author shot to fame three years ago with a two-book, multi-country deal with Quercus. The buzz was that it was for a “record amount”. He was reportedly the youngest Indian to have achieved that feat. “I hope it is untrue because I feel bad for a nation if a 26-year-old is the youngest Indian to land a multi-country book deal,” he says, almost gloating.